Need a break from modern times? 2020 is just the worst! Let’s go back to a simpler age; specifically the Paleolithic. You are cordially invited to join Foolscap staff for an afternoon as simple cave people wandering the land. Join us on the Foolscap Discord on Saturday November 21st at 1:00 PST to play Tribes (http://www.sjgames.com/tribes/), a game by Steve Jackson and SF author David Brin that’s been newly adapted to Discord.

It’s a mostly-cooperative group storytelling-and-society-building game. In Tribes, the players are men and women who hunt, gather, and build a society while keeping the kids alive. Maybe there are laws — it's up to us! Maybe we help one another, maybe we all hoard food and growl. In any case, we’ll have fun. “It’s a very simple roleplaying game which plays a lot like a board game” says the box, but the online system makes it even easier.

Discord! It’s a text and voice chat service that’s more flexible and allows a more persistent community than a dedicated videoconferencing tool like Zoom. And we’ve opened it up to our community — which is to say, you — for conversations, events and games..

I’m glad you asked! For the chat room itself you’ll need a Discord account and a web browser (or Discord’s own app), plus a microphone and/or camera if you wish. For Tribes it’s helpful to have a second screen (you can use a second device) so you can see both the messages from the world and from the other players.
For this game, you type in your moves, but it’s nice to chat with the other players to coordinate your actions. Video isn’t necessary.

Sounds great! How can I get a Discord account?

Head to this invite link to join Foolscap’s Discord server:

You can do that at any time.
The day of the event we’ll get an invite to the dedicated Tribes server and traipse into our simpler lives where we only have to worry about famine, forest fires, and the availability of tasty hippos. Or grubs.
(For those of you new to Discord, we’ve prepared a quick intro to its videoconference settings here: /discord-overview/ .)

Yes, that's when we'll all gather on Discord in the General voice & video channel. You may want to show up a few minutes early to test your mic/camera settings one last time. Then we'll break out the game and let the merriment commence.
Expect the game to last until about 3:00. We’ll have a short introduction and explanation at the start (and if you show up late, we’ll have someone catch you up so you can still jump in). Save some time to brag about our successes at the end.

Where’d You Get This Game?

One of Steve Jackson’s playtesters, Kevin, missed playing games at conventions, so he wrote some code so this game could go online at virtual Fnordcon (http://www.sjgames.com/fnordcon/). Kevin comes to Foolscap sometimes, so we convinced him we’d be his logical next stop.

Games stress me out. Do I have to play?

Not at all! You are welcome to join the voice channel just to shout encouragement / study the primitive tribe culture. Or wander back to the text channel Commons to hang out in a quieter space. But it would be fun to "see" you. 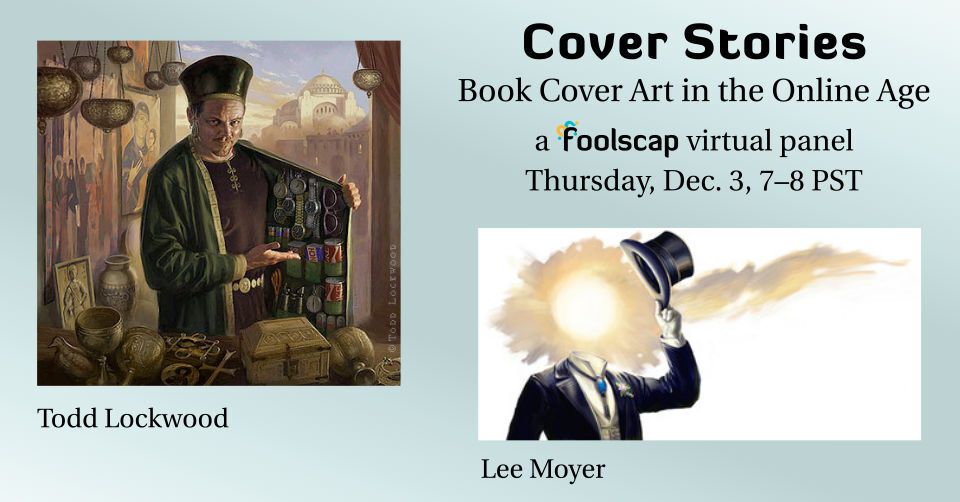 Did someone say "prizes"? Someone should have said "prizes", because we have some, and you could win one if your costume comes out...ahead... A pair of Jack Skellington mugs Dragonbreath and Dragonbreath: Attack of the Ninja Frogs by past